Can you and your business afford a sick day?

This page may contain affiliate links. At no additional cost to you, we may receive commissions for purchases.
Sylvia InksFinance + TaxesNo CommentsFebruary 23, 2018
Share2
Tweet
Pin

My entire week and goals were completely changed when my husband texted me from the bedroom on a Sunday morning telling me that he needed to go to urgent care.  Two hours later, he was diagnosed with the flu, bronchitis, and the start of pneumonia.  He needed two prescriptions and over-the-counter medications that totaled up to over $130.  And that doesn’t include the urgent care bill that we weren’t charged for upfront that night! 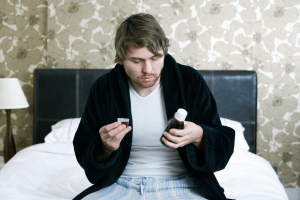 Can you afford to be sick with the flu?

Then, right before putting the kids to bed that night, I noticed my youngest son was coughing and having breathing issues.  I rushed to take him to urgent care before they closed, and was told he also had the flu. Given that it was almost 9pm on a Sunday, I needed to find a 24-hour pharmacy that could fill the prescription. I called three different pharmacies before I found one that was 20 minutes away, didn’t have a wait time of over an hour, and confirmed they had the pediatric version of the flu medication.   However, after driving 20 minutes to the pharmacy, the pharmacy staff told me that they didn’t have the generic version of Tamiflu for children, and the brand would cost $350!?!  She asked if I still wanted to fill the prescription.  I paused.  I needed a minute to think…

Wait. Don’t judge me yet.

Of course, I was going to fill the prescription!  (*Note – Someone shared with me two days later that they read in the news about a woman diagnosed with the flu, who passed away because she didn’t have the money to purchase the medication.)

I was trying to decide if it was worth driving an hour to the second pharmacy I had called, which had confirmed that they had the generic version of the medication, but said it would be at least a one hour wait.  I was quickly weighing the pros and cons of time and money.

In the end, it was 9pm and my child was miserable and fast asleep in his car seat.  I told the staff to fill the prescription.  Sigh.  $350 for his medication, $130 for my husband’s medication, and then two urgent care bills that I haven’t received yet.  Thankfully, we have health insurance through my husband’s employer or the bill would have been much higher.

Needless to say, my business plans were put on hold that week as I took care of my husband, youngest son, and tried to keep myself and my oldest son healthy.  Luckily, that Sunday evening as I was rushing off to take my youngest to urgent care, my mother dropped everything to come pick up my oldest son to spend the night at her house (to keep him away from the germs) and took him to school the following two days.

How to Afford a Sick Day as a Small Business Owner:

Have you been in a similar situation or wish you had thought of these lessons as you planned your business and finances?  If so, please leave a comment. I’d love to hear from you! 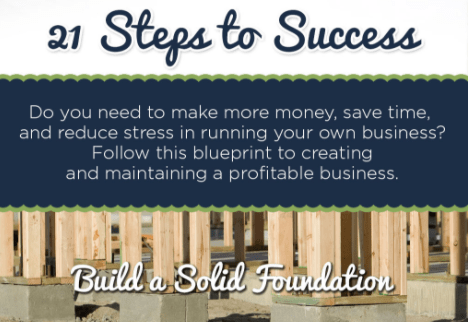 How Hiring a Freelancer Is Like Requesting an Uber Ride